Welcome back ladies and gentlemen to another Mississippi Son Guitars blog!

This week we talk about a special guitar. My grandfather Edgar owned a 1930's Gibson L50.  He purchased it used sometime before World War 2 when he was in the Air Force. 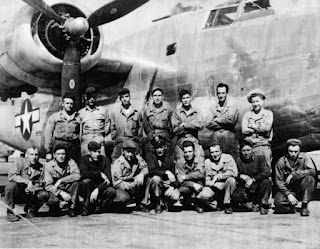 Paw Paw is the fine gentlemen standing in the upper right.

I remember asking many times to play his guitar when I was really young and one day when I was in my early teens he finally asked me to play something for him on it. I was very careful opening the case and shook a little at first because it was just so beautiful. What a gourgeous guitar! I asked him if he wanted to trade (I had a Fender DG6 at the time) and he just laughed. After playing a couple songs I asked him to pick something for me. He played some old jazz chords and licks. How cool! He handed it back and I played a few more songs before returning it to the case before returning home. 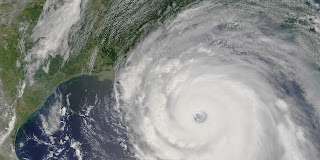 Paw Paw's house was 6 miles inland in Bay St. Louis, MS but was still flooded. You guessed it, the guitar was destroyed. My uncle's best friend, John, learned about the guitar's fate and dug the pieces out of the trash at my grandfather's house. John, a musician himself, began the painstaking process of restoring it with the help of local luthiers; unbeknownst to most of the family, including myself.

Sadly, my grandfather passed away in 2009.  They were not able to surprise him with the restoration in time.  During the wake, John played another Gibson L50.  The guitar looked a little different and showed plenty of scars, wear and tear and a different pick guard style and color.  I watched and listened remembering Paw Paw's guitar.  I remember his guitar was in mint condition but I thought it was a great tribute to my grandfather.  John played a few hymns and songs for Paw Paw with a guitar similar to the one he loved so much.  What a nice tribute I thought.

After the services, John approached me and said "Son, this was your Paw Paw's guitar. I want you to have it."  I was so strong for Mom but couldn't hold it anymore.  I could not believe it was the same guitar as we all thought it was lost in the Hurricane.  There was so much hard work and love put into the restoration to get it playable and I was at a loss for words.  John wanted it to stay in the family and I plan to keep that promise.

What was done:
The guitar was in shambles. The script logo had to be reinstalled but was there.  The 9th fret dot marker and original tortoise pick guard was lost.  The back and most of the internal bracing was deteriorated.  The sides and back had to be refinished but the top was left alone with it's one-of-a-kind Hurricane Special Sunburst.  The rest of the guitar is all original. 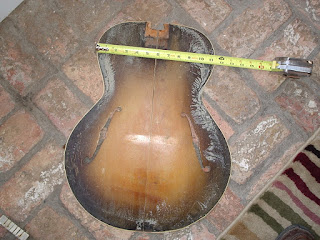 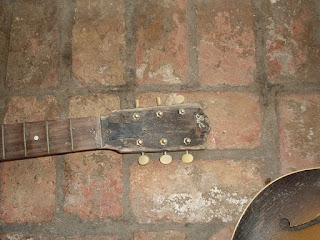 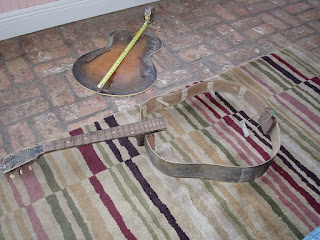 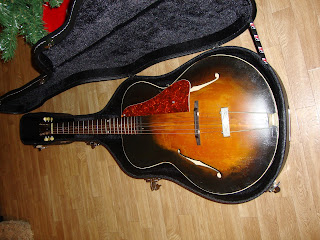 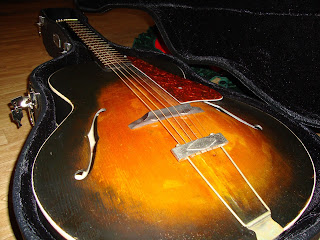 Just this year I was finally able to find an original pickguard for a 1930's era Gibson L50 pickguard! I kept the one Joe put on it originally but now feel the guitar is finally returned to its former glory. 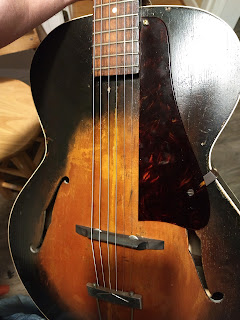 I remember Paw Paw every time I look at it or play it.  Such a fine instrument and I could never sell it!  I've already started teaching my 5 year old how to play!

Until next blog, head over to Mississippi Son and check out my links.

Here is a link to a video of me playing the Gibson. 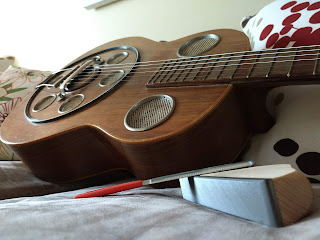